A Place For All Lotus Ltd. Members to Buy & Sell Their Parts & Cars 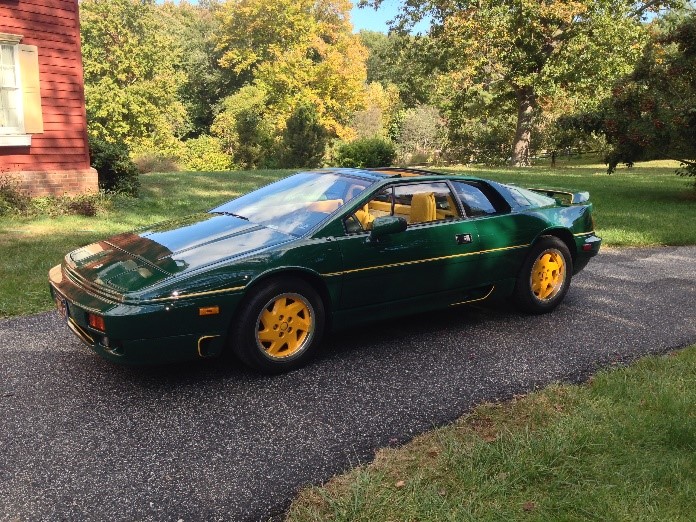 Needs restoring. Not for the faint of heart. Many new and used panels and parts. Complete car. Listed on LCR. Factory manuals included. Sensibly priced. For more information call Bob at 845-673-9498.

Two 1974 Lotus Elite’s for sale. They are currently sitting in a field in Rush City, Minnesota. Here is what I know.
Car 1 (White): Originally yellow. I have a clear title. Does not run. It was from North Dakota and had been passed down for 1-2 generations. Underside appears rusted. L198ooks complete.
Car 2 (yellow): Found in California. No title. Looks about 90-95% complete. Gas tank in back seat. Underside looks very clean. Buick 3800 V6 installed? I bought from a non-profit, who received the car as a donation bc owner was moving back to England.
This was a project that I wanted to start in 2018, but just no time. I can send a few more pix and go take more pix as needed for a serious buyer. I hope they go to a good home as I am a car buff, who loves older European autos.
Looking for $5,500 obo. AS-IS, I can provide 1 title and bill of sale.
Bill 612-298-4663

The End of an Era: In 2011 it was released that Lotus was no longer able to offer road legal Exige cars in the US. And to commemorate their final year of production, Lotus Cars revealed their final 25 production cars at that year's Monterey Car Week. A stunning Matte Black Rocket, the fastest road legal Exige Lotus had ever made. Painted in Matte Black, only 25 were made. This is #17 of 25 2011 Lotus Exige S260 Final Edition It is wrapped in Matte Black bra.

In 2013 during a warm up drive the Lotus skidded off the road onto some rocks. Prestige Imports Collision Center had to replace the frame and body assembly even though only the floor needed replacement since it was one part (#A123A4002S). I have a signed letter from Prestige Imports that states that no frame damage has occurred to this vehicle.

I will pay to have a thorough inspection of the car (e.g. a thorough service, including a new battery) at the dealership where I bought the car. Finally the turn signal broke off as I was entering the car. I will have a new turn signal installed.

Needs restoring. Not for the faint of heart. Many new and used panels and parts. Complete car. Listed on LCR. Factory manuals included. Sensibly priced. For more information call Bob at 845-673-9498.

20th 47GT out of ~71 built. One of two LeMans prototypes fitted with 2 liter Coventry Climax FPF engine and Hewland FT200 5 speed gearbox. Purchased new by Simon De Lautour - raced at Nurburgring, Reims, Karlskoga, and in UK in 1967. Converted back to 1600 Lotus twincam in 1968. Owned by Lotus enthusiast for the last 22 years. Used consistently at club events. Run in the last year at Putnam Park and Barber Motorsports. Currently fitted with low hours 2 liter Lotus twincam built by Dave Vegeher – 218 HP w 175 ft-lbs torque. Car weighs less than 1300 lbs and is a blast on the track. Unlike some racecars that are prepped for show this car is sorted and ready to run. Located in Cincinnati, OH. Price $129,000. Please call or email Todd with questions (513) 708-1180 Toddstegman@me.com

Fully restored, documented and street legal (Texas title and registration). 1,250 indicated miles. The X100 is the last road car project designed under Colin Chapman. It was built as a complete production-ready car, with functional lights, wipers, brakes, suspension, etc.. Drives and handles like any Lotus should! The car is prominently featured in the book, A Life in Car Design, by its Chief Designer, Oliver Winterbottom . Everything works. $66K obo. Car is in Houston. tbsmith@pobox.com or 713-458-8358.

This is a two owner, 24,308 mile original car and a two time (2016-2017) LOG class winner. Performance and appearance have been enhanced with a custom stainless exhaust, low restriction air cleaner, beautiful German Arial steering wheel and Lotus GT-3 gearshift knob. A custom fire extinguisher, fitted car cover and embroidered floor mats are included. Factory options include three-piece OZ Racing alloy wheels and CD changer. All maintenance records, documents, tools and manuals are included. Recent major service done in May 2017 to include new Dunlop tires. Fuel tanks were recently replaced with custom aluminum tanks that will never rust. This Esprit has been lovingly cared for and is as good as my check book can make it! An appreciating asset, value has risen $14,400 since Jan 2015. If you are looking for an Esprit to drive, show and enjoy, this is the car for you! $49,500. Please call or email Bob Vitrikas at 540 360-5890, mgmagic@aol.com

Type 61Mx (61Mx/F3/214). Fully raced prepared and set up and legal for Vintage racing. Keeps up with Club Fords! Recently featured in the AACA Museum Lotus: The Art of Lightness Exhibit. Present owner for 20 years. For extensive photos see: www.britishracecar.com/KyleKaulback-Lotus61MX.htm $30,000 or email: kylekaulback@msn.com.

Countdown to LOG40 In Salt Lake City, UT - Date To Be Announced